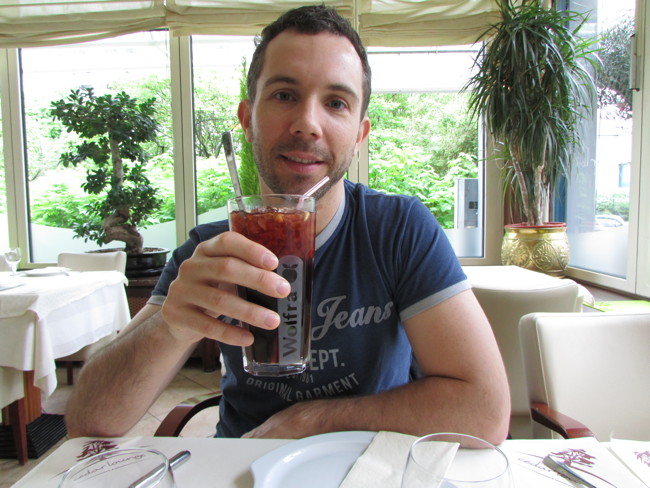 I used to be known as a more militant raw vegan. And when I look back and some things I wrote over 10 years ago, I admit that some of my writing was a bit over-the-top and militant…

But I did enthusiastically rage against certain foods that I now eat today.

Although I do admire the consistency of certain health advocates who have been saying essentially the same thing over the last 20 or 30 years, in many cases this can be combined with a bit of stubbornness as well. I try not to be too stubborn, and overtime I’ve changed my mind on a number of topics.

Here are a few foods that I’ve previously tried to eliminate or spoke against that I now consume.

I wrote about protein powders and condemned them in some articles I published in the past. In general, what I wrote about them is true: they’re refined, of low quality, and most people do not need more protein in their diets.

However, in the world of vegan or raw vegan nutrition, I find them useful. I’m talking about well-designed protein blends from plant-sources, such as hemp, pea, rice, and so on (not soy).

A raw vegan diet can be especially low in absorbable protein — in fact too low — which makes these supplements particularly useful. People who find that their morning smoothie just doesn’t sustain them for very long can add a scoop of protein powder and find that miraculously they are satisfied for much longer without many added calories.

I have tried a few and personally like the Vega-Sport brand the best, as well as Raw Power. I use it in my post-workout smoothies, along with almond milk and a couple of bananas.

I’ve never been against nuts but I’ve been against eating too many nuts, which is often too common in raw-foodists. I still think that eating more than one or two ounces of nuts a day is excessive.

When I first became a raw foodist (a long time ago, in 1996), I avoided all nuts, believing them to be unhealthy in any amount. I then over-consumed them for a few years, and later eliminated them again or tried to get my fat from avocados instead.

Nuts are extremely healthy when eaten in moderation (about one ounce a day for most people). In spite of the fat content, they won’t make you fat because they keep you satisfied for a long time, especially if you take the time to chew them. My favorite nuts are currently almonds, but I also consume and enjoy other nuts.

Dried fruits can be dangerous for raw foodists, because they tend to overeat them easily. They can also get stuck on the teeth and cause decay if one is not careful about carefully brushing teeth after.

The reason why most people on raw food diets tend to eat too many dried fruits is because the raw food diet is low in calories. So anytime the body comes across a concentrated source of calories the mind says is “raw” and “okay to eat” it goes a little crazy and sends signals to fill up.

I find that eating a more varied diet now allows me to eat dried fruit without overeating. I love prunes and figs the best and will eat them whenever I need a snack, or during exercise when I need extra energy. The normal amount to eat is something like 3-5 dried prunes or figs or a small handful of raisins. Eating significantly more than this can cause excess gas.

According to typical food combining rules, fruit should always be eaten alone. However, through experimentation, I have found that fruit combines well in salads. It also tastes great. So I don’t hesitate to throw in some peaches, berries or other fruits in salads, even when the salad contains fat like avocados or olives.

I spoke against salt before, when I was more influenced by natural hygiene. And I still think that consuming very little salt or no salt at all is probably best for health, as long as one consume plenty of natural sodium in the diet (generally by eating lots of leafy green vegetables).

However, most raw vegans would be well advised to include a little salt in their diet. Their diet is so watery and fruit-heavy, and often eating enough green vegetables on a daily basis can be a challenge. If you look at the diet of many of the raw vegans who have blogs, you often find that they have many days where they consume mostly fruit. They combined that with a lot of exercise where they are profusely sweating. On top of it, they tend to drown themselves in water. They also tend to get up 3 to 5 times at night to pee.

All of this means that they are at risk of electrolyte imbalance, where their bodily fluids are essentially too “diluted.” A quick way to fix the situation is to sprinkle some salt on your salads and stop drinking so much freakin’ water if your diet is essentially made of food that are 90%+ water.

One raw vegan, Chris Randall, saw the light on this one and introduced salt to a low-fat raw vegan diet, solving many of the nagging problems that were still plaguing him on his raw vegan diet, such as cold extremities. (See: http://180degreehealth.com/2013/06/increase-metabolism-on-a-vegan-diet).

Natural Hygiene is generally against spices. I used to be against spices (garlic, hot peppers, dried spices, etc.). I now find that this is just the wrong enemy.

There are a lot of things that can really harm your health and cause disease, and spices are just not one of them.

Let’s talk about lack of exercise, excess calories, processed foods, and other nutritional evils. But spices?

Many spices, such as turmeric, are actually loaded with cancer-fighting antioxidants. They also make a bland diet much more palatable!

Some people are sensitive to the “heat” in certain spices, such as hot peppers. In this case, avoid or minimize them. But otherwise, there’s nothing inherently unhealthy about consuming some spices.

I do make an exception for raw garlic, and I’ll explain why later.

I used to be generally against all supplements but this naive phase didn’t last very long. Certainly, blindly consuming supplements is not a good health practice. But it’s also not advisable to ignore common nutritional deficiencies that can occur on raw vegan diets, that can easily be corrected or prevented with the right supplement.

Vitamin B12 is something everyone should take. And for most of us not spending all of our time wrinkling our skin in the sun, some form of reasonable supplemental vitamin D intake is advisable. Other supplements may be needed, depending on your needs. Calcium may be advisable, as well as certain B vitamins. But each person has different needs and you should discuss this with your health professional and after taking some blood tests.

Forbidden Foods That Are Still Forbidden

There are a few foods that I condemned a while ago and still are on my “do not eat” list. I won’t talk about the obvious unhealthy foods, but a few foods common in raw vegan circles.

I don’t trust raw cacao. I’m not saying I never eat chocolate. I just won’t touch raw cacao. To me, it’s nothing more than a fad. I’ve gotten sick more than once eating raw chocolate concoctions (including one memorable event after a raw food event where I gave a conference. After the event, I was driving back home and did so right after consuming a raw cacao cake. I got so sick with horrible headaches and nausea that I had to sleep in my car after quickly finding an exit on the highway. I was too sick to drive any further and find a hotel room even), and know too many people who also did.

If I eat chocolate, I want it to be regular, old-fashioned chocolate. And I acknowledge that it’s just a treat. Although chocolate (and raw cacao) is loaded with antioxidants and certain nutrients, it’s also loaded with saturated fat and typically some sweetener. It’s also a stimulant, like caffeine.

For some reason, I just don’t trust the people who promote raw cacao and where they are sourcing it. Being a fermented product, I sense that there’s a quality control issue there that can lead to potential problems. I won’t touch raw cacao with a ten-foot pole now, but an occasional (cooked) chocolate treat is okay with me.

It’s supposed to be healthy. And some raw foodists love it (except the natural hygienists!). I spoke against it before, and I still don’t like it today. Every time I eat raw garlic, I feel horrible after. It seems to want to come out of every pore of my skin. It gives me a horrible aftertaste in my mouth, and even disturbs my sleep (with mysterious nightmares). Yogis have stayed away from garlic for hundreds of years (possibly thousands!), calling it a “brain toxin.” According to the enlightened, it disturbs the mind during meditation.

I have no problems with cooked garlic, as long as I don’t use too much of it. But some minced garlic sautéed in a pan can give almost any other food a great taste. Cooking probably dissipates the irritating oils in garlic.

For some reason, raw onion doesn’t give me the strong negative effects of raw garlic.

What about you? What are the forbidden foods you now eat? 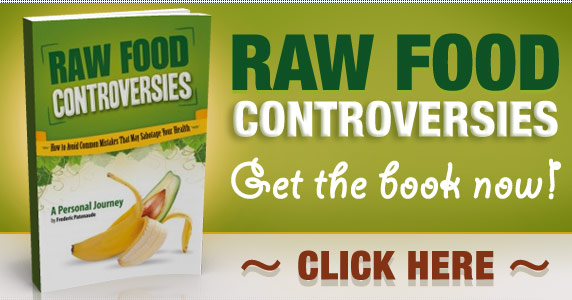 What Aged Him the Most on the Raw Food Diet

Why Dehydrated Foods Are Not Optimal

Should All Condiments Be Banned on Low Fat Raw Vegan?

Where Do Cashews Come From?

#boxerdog he is giving me that look

Before and after #garden #gardening #painting #upc

This Site Is Protected By
Shield →
Scroll back to top